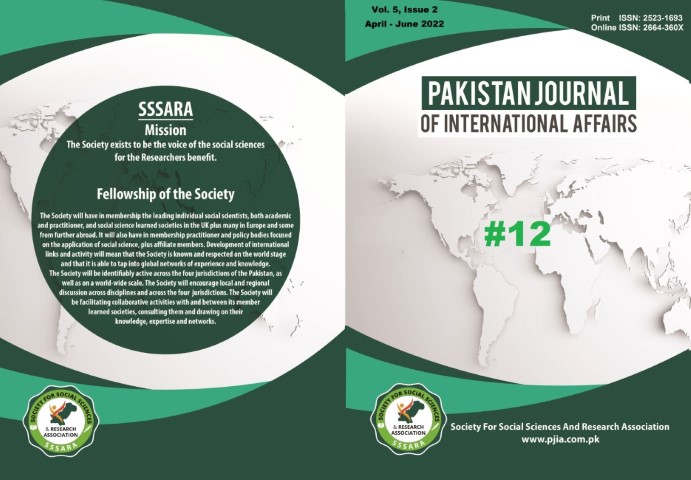 This work is licensed under a Creative Commons Attribution 4.0 International License.   The journal allows readers to freely read, download, copy, distribute, print, search, or link to the full  texts of its articles and to use them for any other lawful purpose.

Object of criminal law is to punish the offender after determination that whether accused is guilty of the offence he is charged with. Accused has to be proven guilty beyond any shadow of reasonable doubt and on the basis of confidence inspiring evidence. Requirements of substantive and procedural criminal law are to be met before conviction. It is well settled law under national and international laws that punishment must not be arbitrary. It has been specifically provided by Universal Declaration of Human Rights (UDHR) and International covenant on civil and Political Rights that an accused person must be given the right to fair trial and he must not be subjected to arbitrary punishment. Unfortunately, there are number of instances in Pakistan when accused persons are arbitrarily punished despite of following the substantive and procedural criminal law. It is because of Misguided interpretation of criminal Courts. This misguided interpretation violates the well settled international laws as well as domestic laws. Interpretation of Pakistani courts including Constitutional Courts on Illegal Dispossession Act 2005 is one example (among some others) of Misguided interpretation that means Courts have given divergent decisions that has substantively defeated the very spirit of provisions dealing with arbitrary interpretation. The same can be found with respect to other offences. The purpose of this research paper to point out various instances where ends of justice have been defeated because of misguided interpretation. It has been further studied that how such instances can be diagnosed and reduced if not completely eliminated. It is true that humanly it may not be possible to achieve an ideal level of consistency but such instances of misguided interpretation can surely be reduced. Courts are supposed to act diligently, efficiently and keeping in mind the well settled principles of National and International law.